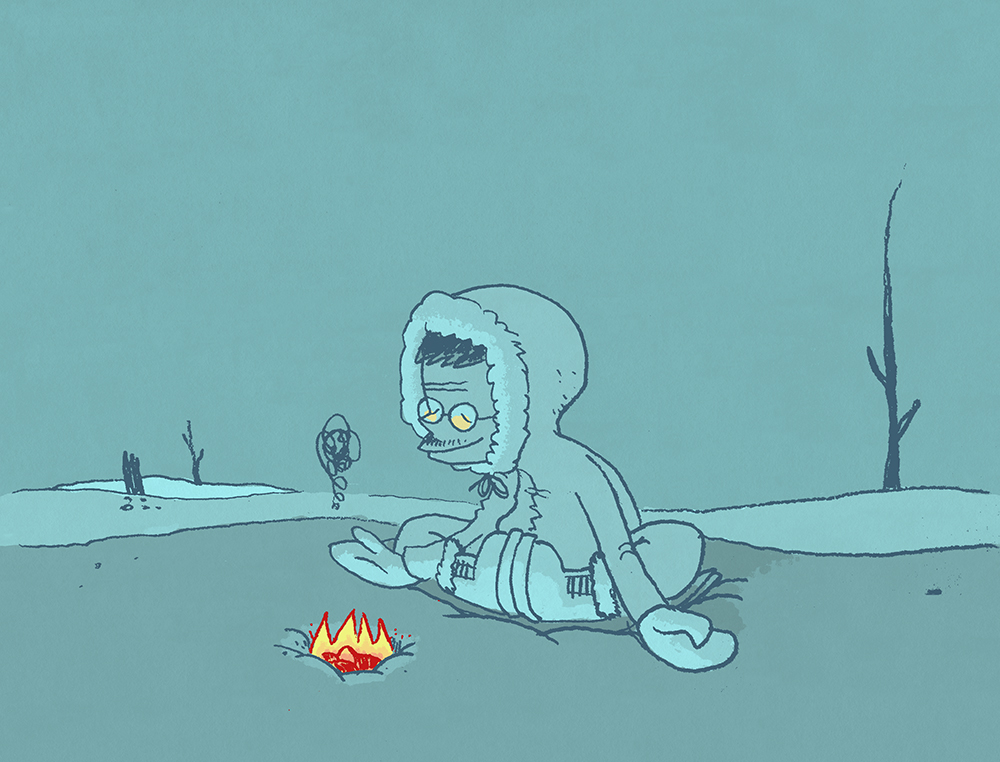 If I were CEO of Visit Norway I would have sold nothing. Absolutely nothing, mixed with Norwegian hospitality and homemade ​​food. Let me try to explain:

Once upon a time Norwegian Seafood Council’s representative in Southeast Asia was hosting a press group from Hong Kong in Norway. My colleague had just taken a break from his guide duties after a long day of sightseeing. Having seen mountains, fjords, iconic railway routes and salmon farms the bus was now passing a desolate mountain area. Suddenly one of the journalists came running to the front pledging for the bus to stop. My colleague tried to tell the journalist that there was little to see, but was told that it was the very point: “We have never seen nothing before”!

The fact that “nothing” can be something is easy to understand. We Norwegians also appreciate a calm fjord, a deserted mountain lake and the quiet comfort of our simple cabin. However if we receive visitors from abroad we still choose to take our guests to noisy restaurant or visit a museum with lots of people and little information in other languages than Norwegian.

This past year I have hosted five press trips from Asia to Norway and realized that I have so much to learn. I thought that it was important to take the journalist to some of the best restaurants in Norway. That was until I discovered that the guests had been to some of the best restaurants in the world. Molecular gastronomy and dishes with “hints of salmon” did not impress them. Homemade cod gratin and traditional Norwegian salmon at a  café in Oslo however was received with great enthusiasm.

At my first press trips I planned a breathless itinerary. Like all great battle plans they look good only to their first encounter with reality. The mood can become sweaty on so many levels when your plan says “get dressed in five minutes “ and it takes the guests an hour to don thermo suits for a ride on the ocean. Many guests would undoubtedly consider it to be an extreme experience just to dress in the clothing and equipment required to have reasonably comfortable day in Norway.
Come to think of it most things Norwegian are “extreme” for Asian guests: Temperature, nature, light, lack of light, northern light, midnight sun and the activities we take them on.

A visitor who has never been in an open boat is likely to believe that the first boat trip also will be her last. I now regret that I took Taiwanese journalist wave jumping in a speed boat and a six hour RIB trip. Maybe we should have limited it to a five-minute ride in the harbor? They filmed and photographed as energetic if they saw a crow on the dock, a sheep on the shoreline or an eagle catching fish in a fjord.

What is worth documenting and what causes a stir constantly surprises me. I have never thought that there were reasons to warn our guest against the immediate nature shock waiting at the parking lot at Tromsø’s Airport. Kvaløya or “Whale Island” as it is known in Norwegian is the first thing you see when you leave the arrival hall. I am probably influenced by my mother who thinks Whale Island looks like a crashed Christmas tree. For a journalist from Singapore that visited Tromsø with me in June found the airport revelation to be magic. She dropped her bags and with her hands to her cheeks like an Asian version of Edvard Munch’s “Scream”  she claimed that the view was “so beautiful that it hurts”. I dared not disagree and skipped my intetion of revealing the reference to an overturned Christmas tree.

After I had taken my guests from Singapore to Tromsø’s tourist attractions, their life’s first fishing trip and a salmon farm I invited them home to my parents. Serving waffles, cake and coffee was so successful that “visit a Norwegian family” is incorporated into all my press trips. Nothing brings people closer than sitting around a family’s dining table, eating homemade food browsing the family albums. The extra cost of such hospitality is that pictures of the Chramer family anno 1980 now appears in newspapers and television programs in Asia. My dad with his Tom Selleck mustache, mom with her orange jump suit, my brother with the bowl cut and me from  my grade one picture where I had tattooed my hands with the giant marker pen, Penol 500.

I think both the Seafood Council and Norway’s tourism industry have much to gain from exploring the differences between Asia and Norway. ” Mindfulness” is a buzzword for both Norway’s national soccer team and the global consulting industry. Norway is the very essence of “mindfulness” and that’s something busy Asians will pay a lot to experience. We can never compete in the number of five-star hotels, Hermes stores or pulsating city life. What we have and may charge for is the slow-moving, unique experiences of nothing that we can offer.
Visit Norway can easily organize tours where guests pay for winter adventures where they light their own fire and boil a cup of coffee. If you don’t become mindful from playing in the snow, sitting around the campfire or looking at the Northern Lights from a reindeer skin you will never be.
If the Northern Lights does not appear at the arctic sky that’s not a problem. Most Asians are so full of visual impressions that to see “nothing” is an experience in itself. Maybe that should be our new tourism slogan: “Visit Norway – see nothing like never before“.